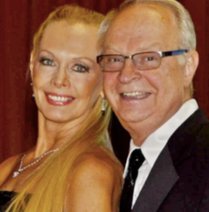 Stephen Cullip has been Ballroom dancing for over 50 years. He was Junior Champion, Amateur Standard U.S. Champion many times and 10-Dance Champion, and is a two-time United States Professional Standard Champion (Official Title). He has competed, and won major Professional competitions across North America & Europe. He is a Master Teacher born into a lineage of great dancing (his parents were the dynamic British Champions, Jim & Olive Cullip). A resident of the East Bay, Stephen has been selected to represent the United States no less than thirteen times in the the Official World’s Championships. He was also Ohio Star Ball Professional Standard Ballroom Champion 3 times and has won practically every major Professional Competition and Championship throughout the U.S.
Stephen formerly helped create, and organized the Galaxy Dance Festival which currently runs in Arizona and successfully ran his own schools in Seattle, Washington and Hollywood California for many years. Both studios are still very successful since Stephen sold them.
Recently he was selected as the U.S. Judge at the Worlds Professional Ballroom Championships in Seoul, Korea, a singular honor. He is Licentiate certified and qualified (the equivalent to a Masters degree) in all five branches of the U.S. Terpsichore Association – one of the teaching organizations officially recognized by the NDCA (National Dance Council of America): Int’l Standard & Latin, American Smooth & Rhythm, and Theater Arts
Stephen teaches and coaches at many Bay Area locations and is on staff at UC Berkeley to coach the dance team.