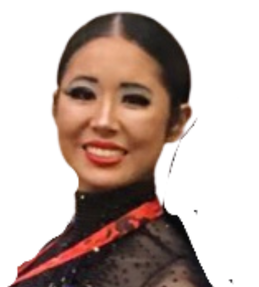 Growing up with a background in fashion and costume design, Chrystal tried dancing for the first time while attending college in her late teens. She learned the basics of ballet, belly dance, jazz, tap, and hip hop, but her favorite was Latin ballroom. She stayed on the Contra Costa College ballroom formation team for three years, and then joined Sukachov Dance Academy to train in Latin under Olga and Dima Sukachov. Now, she frequently competes in open Latin with her partner, Oscar, winning many awards all over the West Coast.
About Oscar: 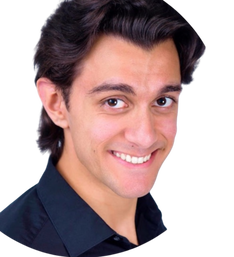 Oscar began his dancing at the age of five, inspired by the one and only Michael Jackson. Throughout his teen years, he focused on hip hop. In college, he tried ballroom dancing out of curiosity, and decided to make that his new focus. After three years of being on the college’s ballroom formation team, he began training in International Latin with Sukachov Dance Academy. Now, he frequently competes in open Latin with Chrystal all over the West Coast, winning many first and second places in Pre-Novice, Novice, and Pre-Championship.
Questions about the class? Feel free to call Chrystal & Oscar at (510) 776-5695